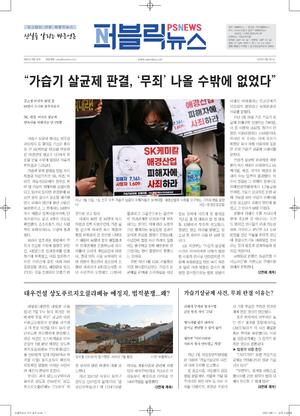 There is usually food-coma comes when people feel sleepy after eating meals, but it is also common for people to notice a headache coming on after eating foods that are high in sugar or refined carbohydrates, like a slice of chocolate cake or a bowl of pasta. Such food triggers are often reported by people who have migraines, said Dr. Peter Goadsby, a professor of neurology at King’s College London and the University of California, Los Angeles. “The people that’s asking this question, pounds to pennies, has migraine,” he said, particularly if certain foods seem to be repeat triggers and their headaches are bothersome enough to wonder about it.

Unlike the more common, tension-type headaches most people get from time to time, migraine headaches – which affect an estimated 18% of women and 6% of men each year in the United States – are much more debilitating, said Rashmi Halker Singh, an associate professor of neurology and a headache medicine specialist at the Mayo Clinic in Scottsdale, Ariz. People with migraine have recurring episodes of moderate or severe headaches, often accompanied by symptoms like nausea or light sensitivity, which can interfere with normal activities, Dr. Halker Singh said. And many people don’t realize the headaches they have are actually migraines, she added.

In one review of studies published in 2018, researchers concluded that nearly 30% of patients reported that certain foods or eating habits triggered their headaches. But recent research by Dr. Goadsby and others suggests that it’s most likely not the foods that cause migraines, but rather it’s the migraines that cause people to eat certain foods. And evidence for this counterintuitive explanation may lie in the brain.

During this time, he added, brain imaging studies have shown that the hypothalamus, a region of the brain that regulates hunger, is activated, causing people to want – and eat – certain foods. “It is pretty clear that this area is changing in its activity before the pain starts,” he said. What a person reaches for in response is often carbohydrate – rich and highly palatable, though the exact food varies from person to person. Some people want savory or salty snacks, while others crave sweets and chocolate, Dr. Goadsby said.

Then, after they’ve indulged their craving and the headache phase of the migraine begins, it’s natural for people to wonder if something they ate contributed to the pain, Dr. Halker Singh said. “Sometimes people come in and tell me, ‘I had some chocolate, and soon after that, my migraine attack started,’” leading them to guess that the chocolate itself triggered the headache. But what also could have happened, she said, “is that maybe the craving for chocolate was actually the start of the migraine.”

Chocolate is among the most reported food triggers for migraines, but in one review of studies published in the journal Nutrients in 2020, researchers concluded that there wasn’t enough evidence to say that chocolate can cause migraine. In the above scenario, Dr. Goadsby said, the person would have probably gotten a headache whether they ate the chocolate or not. So, if you’re craving a treat during the early stages of a headache, he said, it’s fine to enjoy it.

If you often get food carvings before migraine headache, it’s still a good idea to take note of them, along with other prodrome phase symptoms, so you can prepare for what’s coming. You might use at time to find your migraine medication and opt for an early bedtime, for example, rather than going out for drinks, Dr. Goadsby said. “If people understand their disorder better, they can adjust what they’re going to do so they don’t set themselves up for a crash,” he said.

Margaret Slavin, an associate professor or nutrition and food studies at George Mason University, said that foods high in sugar or refined carbohydrates can also cause blood sugar to spike, leading to “an outsized insulin response.” Insulin helps normalize blood sugar, but too much insulin can overshoot the goal, leading to low blood sugar. This condition is called reactive hypoglycemia, and a headache Is one if its symptoms, along with feeling weak, shaky, tired, and lightheaded.

For people who get migraines, it’s also possible that regularly following a diet high in refined sugar and processed carbohydrates might increase inflammation levels in their body and make them more susceptible to attacks, Dr. Slavin said. There is some limited research to support this idea, and it may be worth trying to cut back on added sugar in favor of anti-inflammatory foods like fruits, vegetables, nuts, beans, whole grains, and fish. (Since research on the link between diet and headache is limited, Dr. Slavin noted, there isn’t enough evidence to recommend specific diets that prevent migraines.)

There has been significant progress in understanding and treating migraines in recent years, Dr. Halker Singh said. “There’s an explosion of new treatments in this field, and we have a lot of hope to offer people,” she said. “If you feel like you’re having significant problems from a headache, sugar related or not, I think you should probably consider being evaluated.”